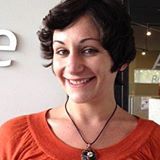 Edibles, special brownies or adult cookies. Call the THC-infused foods now legally on the market in Colorado and Washington what you will. The regional legalization of recreational marijuana opens a door for niche food manufacturers, though some consumers are finding it hard to swallow.

ABC News said the products are flying off of the shelves to the point that retailers are imposing purchase limits. In fact, one edibles company is investing in a new 30,000-square-foot manufacturing facility and warehouse to meet demand. Like wine tours and cheese tastings, THC-infused edibles offer an intriguing new educational experience for foodies in locales where it’s legal. Twenty states and the District of Columbia allow medical cannabis use. Given the current tide of decriminalization and palliative legalization, the edibles market is buzzworthy indeed.

The Washington Post reports the push toward legalized and taxed marijuana has roots in states’ financial desperation. The paper publication also posits that forays into natural health cures and citizen skepticism about government regulation (and perhaps hilariously kitschy propaganda) are cultivating consumer interest in cannabis. Edibles offer an alternative for those who’d rather not smoke. Hemp, the male cannabis plant, is also gaining more acceptance as an extremely renewable source of fiber for cloth and paper.

But this is America, so naysayers killing the vibe are definitely in supply.

Recently, The New York Times ran a column penned by a mother whose 21-year-old son unknowingly ate a roommate’s THC-infused chocolate bar. The man ended up in the hospital, yet sustained no lasting injuries. But don’t blame the manufacturer. He ate a “4:20 Bar” wrapped in a very explicit label detailing its THC content and the recommended serving size. It’s unfortunate that he had a bad experience, but he’s an adult. And an allergic reaction to peanuts would cause more lasting harm.

Won’t someone think of the children?

Another New York Times article stated that “. . .  like flavored cigarettes or wine coolers, critics say, edible marijuana offers a dangerously easy on-ramp for younger users.” Yet Boone’s Farm and Mike’s Hard Lemonade are perfectly legal. That’s where adult supervision comes in. The article follows that, “Marijuana, even if consumed by children in high doses, poses few of the grave dangers of overdosing on alcohol or drinking household chemicals.” In environments with young children, it’s common sense to hide the edibles, just like responsibly stashing liquor and Draino out of their reach. Accordingly, manufacturers have a responsibility to label their products accordingly and to refrain from advertising that would attract children.

Countless booze-soaked foods are on the market. My dad likes to hand out Grand Marnier chocolates at Christmas. A local bar dispenses amazing vodka-soaked gummy bears. A former coworker bestowed Old Kentucky Bourbon Chocolates upon the office folk around Derby time. I’m sure we’ve all had a few too many Jell-O shots once or twice.  It’s a personal and parental responsibility to police what’s being munched on.

On a recent trip to Peru, I drank copious cups of coca tea to calm altitude sickness. Without coca candy, I couldn’t have made it through the four-day Inca Trail hike, including a 13,775-foot peak. Coca, the plant whose leaves are used to create the addictive drug cocaine, has been used harmlessly for centuries in high-altitude parts of Peru. Shops in the country sell candy and cookies infused with the leaf’s active ingredient. Sure, if you consume too much, you’re bound to have an unfavorable reaction. But that’s a personal choice. If a consumer has nausea, a headache or would rather not drink but still itches for some stress relief, edibles are an accessible answer where legally allowed.

Dixie Elixirs and Edibles, the previously mentioned expanding edibles manufacturer, extracts cannabis oil with CO2 and concentrates it. The company conducts lab tests on the extracts and products at three stages in the manufacturing process to ensure proper dosage. Getting legitimate processors involved in manufacturing this kind of food is much safer for consumers than the randomly produced varieties available at festivals probably near you. Technology in edibles production also opens a door for food manufacturing equipment makers who are willing to cater to the budding market.

Adding to the viability of edibles manufacturing is the Obama administration’s recently issued guidelines for banks working with legitimate marijuana enterprises. Meant to instill confidence in doing this previously illicit business, banks say the guidelines aren’t sufficient and the government seems to be blowing smoke. However, several similar small edicts add up to eventual major policy shifts.

It’s not a business model for everyone, particularly those outside of states that currently allow cannabis sales, but THC-infused edibles is a niche market with high profit potential.